Run Direct is a feature that helps reduce disruption and downtime of your production VMs. Unlike normal VM restore procedure where a VM is extracted from backup files and copied to the production storage, which can take hours to complete. Restore with Run Direct can instantly power up a VM by running it directly from the backup files in the backup destination and the VM can be put into production.


How does Run Direct work? 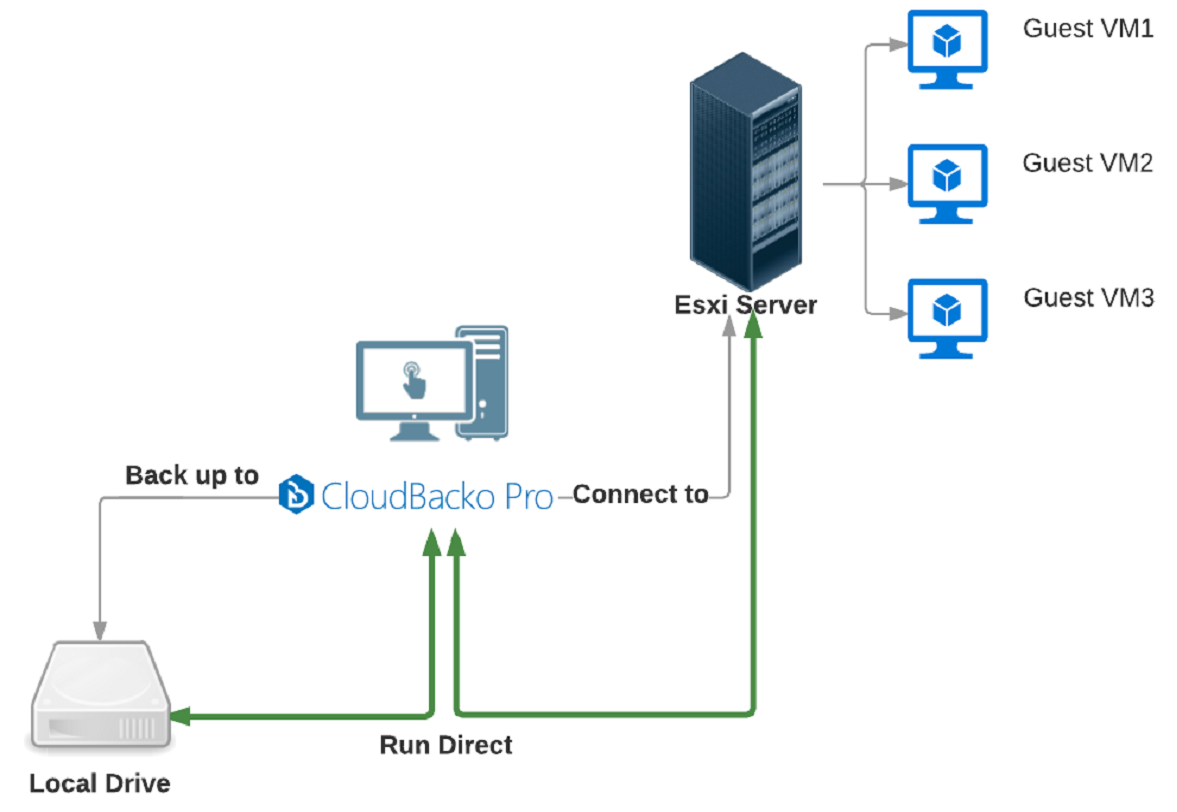 The restored virtual machine, at this stage (e.g. before the restore is finalized) is in a read-only state to preserve its integrity. All changes made to the virtual disks (e.g. operation within the guest virtual machine) are stored separately in transaction logs stored on the NFS datastore or the original datastore, depending on the setting selected. These changes are discarded when Run Direct is stopped, where the restored VM will be removed and all changes will be discarded, or the changes will be consolidated with the original virtual machine data when the restore is finalized.

To finalize recovery of a VM, you will still need to migrate it to a permanent location on the VMware host. The following steps are taken when you finalize a Run Direct restore:

For vCenter VM backup set, provided that the vMotion feature of the vCenter set is working properly, the VM will not be suspended during the data consolidation.